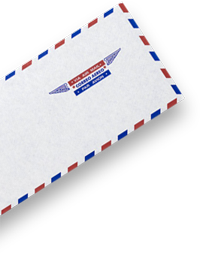 Mission:
Do stuff.
Make stuff.
Do stuff
with the stuff
we make.

Linux Development:
For all sorts of projects,
using all sorts of tech, like
node.js, socket.io, Redis,
MongoDB, Tornado and
bunches more.

The ultra-famous sciento-magician Effrafax of Wug once bet his life that, given a year, he could render the great megamountain Magramal entirely invisible.

Having spent most of the year jiggling around with immense Lux-O-Valves and Refracto-Nullifiers and Spectrum-Bypass-O-Matics, he realized, with nine hours to go, that he wasn’t going to make it.

Effrafax lost his bet — and therefore his life — simply because some pedantic adjudicating official noticed (a) that when walking around the area that Magramal ought to be he didn’t trip over or break his nose on anything, and (b) a suspicious-looking extra moon.


“The Hitchhiker’s Guide to the Galaxy”
by Douglas Adams